Is there a better setting for a classic summer family vacation in the midwest than a lakeside cabin up north?

A wonderful Christmas gift from Ramona’s brother and his family brought the two of us and her clan up to English Lake, a small body of water outside of Morse, WI, nestled at the edge of the Chequamegon-Nicolet National Forest. Arriving during the middle of the week was a stroke of brilliance, providing relaxing days of kayaking and pontooning on the small lake, with virtually only bald eagles, fish, and frogs for company. Eventually as the weekend began, vacationers filled in a few of the other cabins along the lake, but generally English Lake is one of the least crowded and serene lakes I’ve experienced.

Away from the lake, a short hike in Copper Falls State Park stoked in me the hiker’s itch (no known treatment), requiring some research to discover a neighboring trail to split off to for a solo hike during the next day. Backpacker Magazine directed me toward the Penokee Mountain Ski Trail, which at just a 15 minute drive from the cabin, seemed to be a perfect fit. Designed for cross-country skiers, the trail features several loops of varying distance, and is purportedly quiet and infrequently used in the summer.

I drove to the trailhead, and sure enough, rolled up to a completely empty parking lot. There are actually three trailheads that begin at this lot: the Penokee Mountain Trail, the North Country National Scenic Trail, and a boardwalk path to a scenic overlook. After registering my vehicle and paying a $5 fee to use the Penokee trail for the day, I was off. 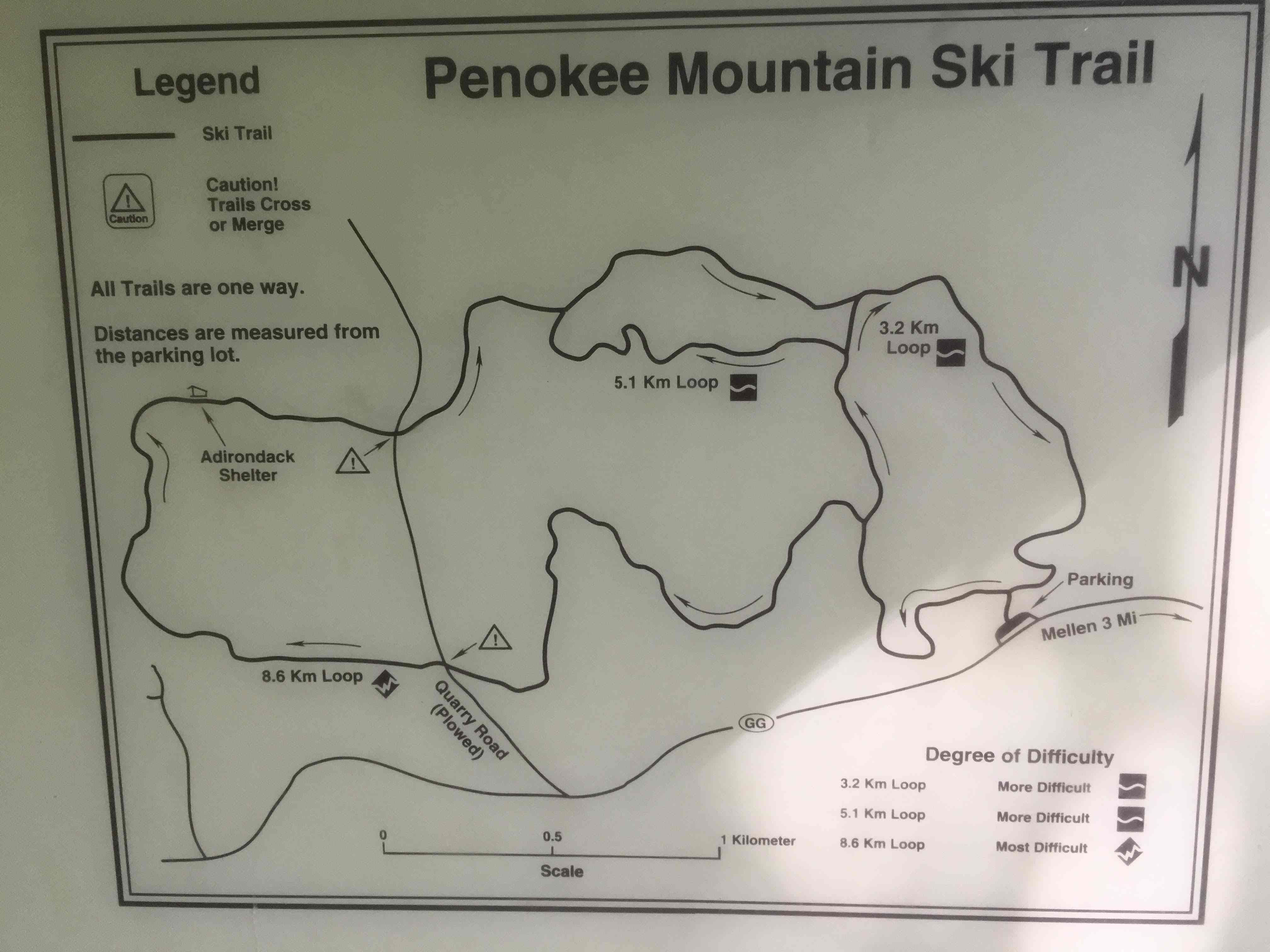 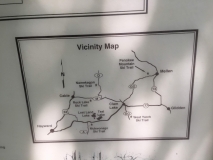 After a bit of an incline at the start, and a small section of gravel path, about a mile in I opted to head east and essentially create my own itinerary similar to the 8.6 km loop (skipping the 3.2 km leg) while not following the cross country skiers exact, one-way prerogative. There were definitely a few muddy sections in this first mile or so, but this was otherwise the beginning of a pleasant stroll through hemlocks and ferns, with enough rises and falls to keep things interesting. 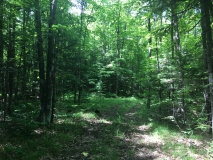 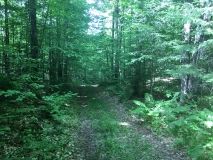 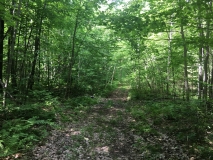 Generally the woods got a bit thicker from here on out, with more knee-high ferns and brush, and mosquitos out in force in the 80 degree heat. There was a fair portion of time that I wished I was protected by long pants, a long-sleeved shirt, and a mosquito net. Despite a firm bug spray coating and a bandana around my neck, my skin, especially the elbows, forearms, and legs, was regularly abused by mosquitos during the majority of the time in deep woods on this late June day. The mosquitos did temper my enjoyment of the hike to a fair degree in these passages, especially during brief, maddening stops to tie my shoes or get a quick drink from a water bottle.

Shortly after crossing Quarry Road, more twists and turns appeared, and signage began to indicate where one could break off and join up on the North Country Scenic Trail. It’s probably not that difficult to get a bit lost and join up with that trail even without intending too.

Less than half a mile after meeting the road, I came across the Adirondack shelter indicated on the map. 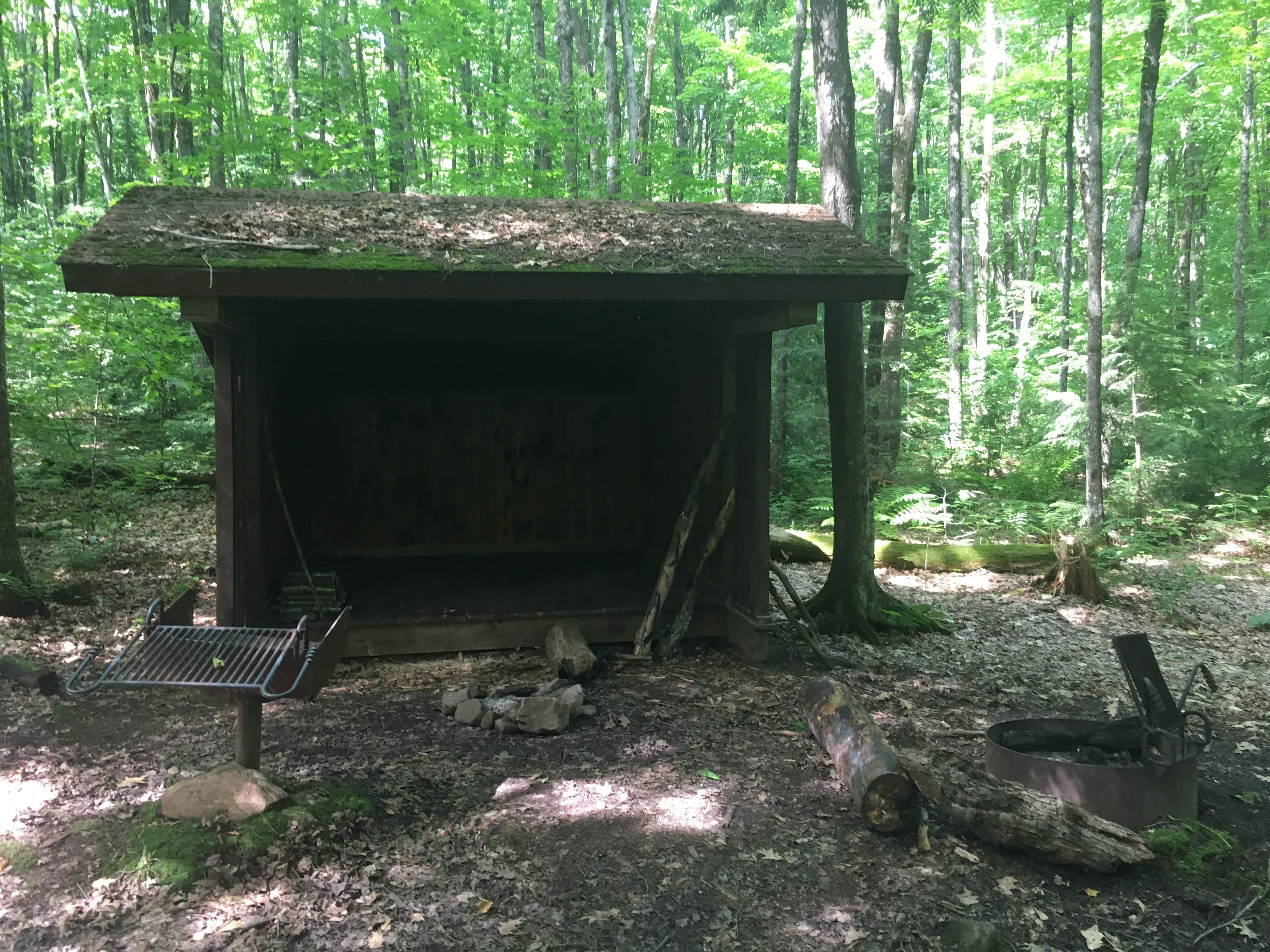 The ability to sit back and build a fire would be especially welcoming on a cross-country ski jaunt in the middle of winter.

On one of only several occasions on the trek in which I was startled by a loud noise, it was always a deer galloping away, spooked by my presence. Other than the deer, it was fairly quiet on the wildlife scene: a few squirrels, some frogs, a hawk perched above, and numerous mosquitos. Supposedly there are some black bears out in these parts, and I did pass an instance of bear scat on the edge of the path, so I’d believe it. 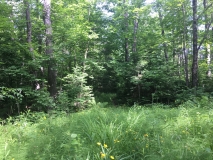 Heading east again featured a small number of short climbs and descents. After crossing back over Quarry Road, the woods and ferns got thicker, bringing a cool, eerie darkness due to the tree coverage overhead. Not far from the road was a short, thick tromp through some wildflowers around a small pond, or perhaps a tributary of Bad River. 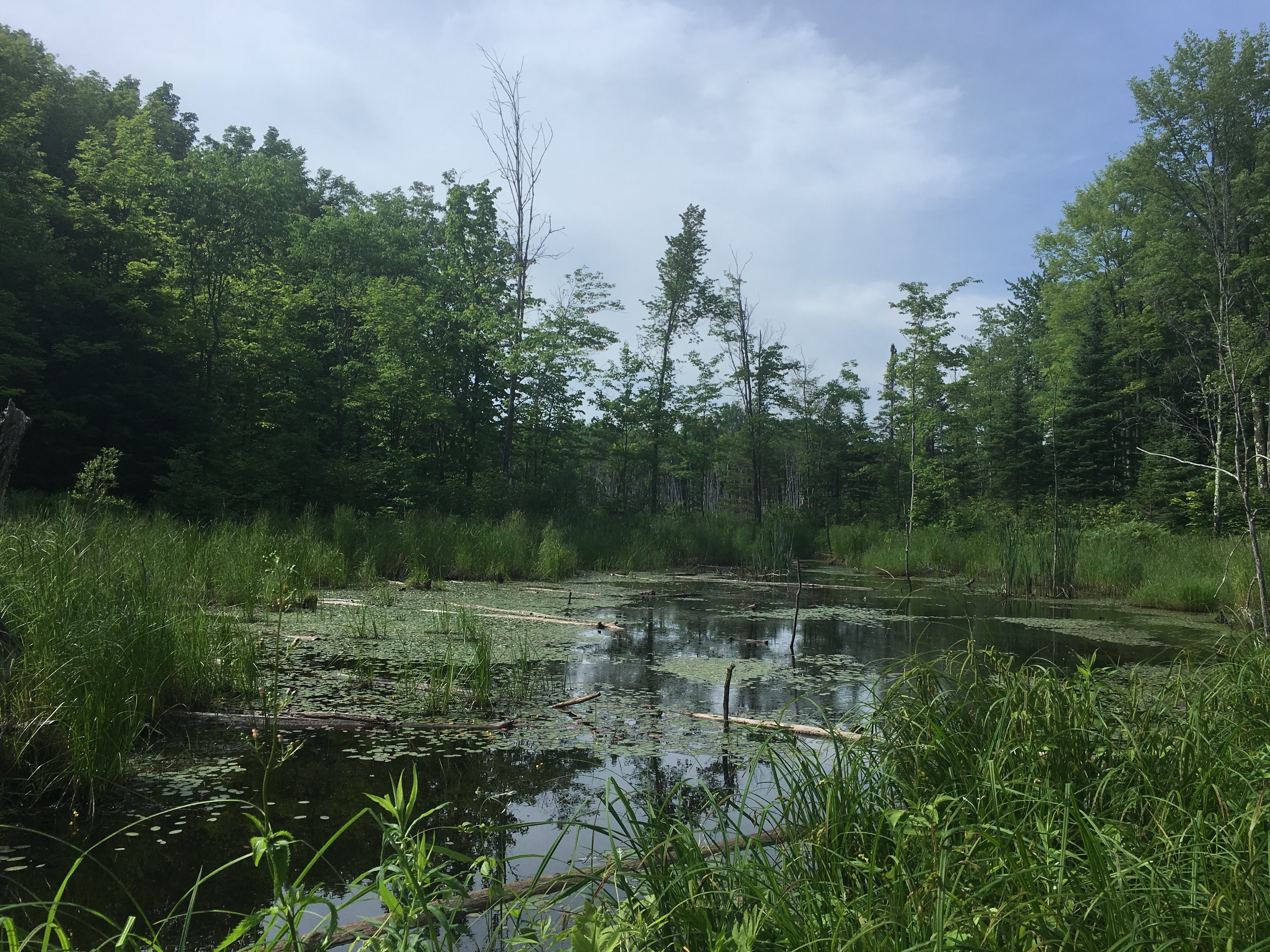 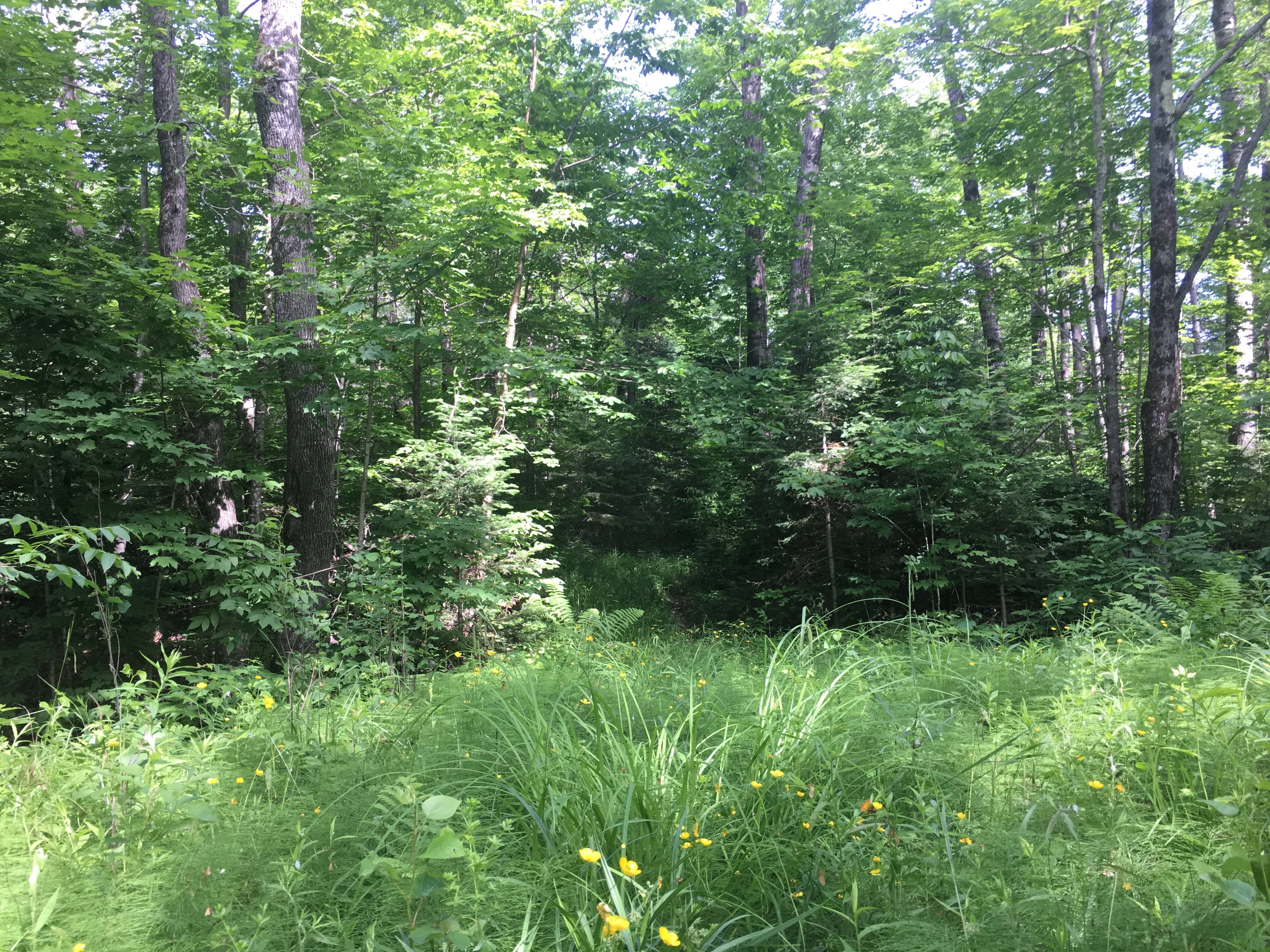 Eventually I intersected with my original route, and looped back around the first 0.6 miles, reaching the trailhead. Mosquitos quickly swarmed as I hopped in my car for some respite and air conditioning. After covering almost 5 and a half miles in total, I decided against attempting the scenic overlook, and headed back to the English Lake cabin for dinner.

In total, I rate Penokee Mountain Trail as an interesting enough trip through some green, northern-Wisconsin forest (despite the expected mid-summer mosquito troubles), and it piqued my curiosity about the adjacent North Country National Scenic Trail…perhaps a future trip!